Spring has sprung (kind of)

Spring is trying to appear here in Scotland, the daffodils are peeking through and the nights are definitely lighter but having just been out in town I fear that winter is hanging on for a few days yet.

So exciting stuff - I have a finish - yay!! My Leicester City Football Club badge is now done and framed to boot.  This is for my husband's uncle who we will be seeing in April at a family wedding so that's one more thing of my list to get done before we go

I've got a couple others of these to do for hubby's friends but will get to these after I finish the wedding sampler I am doing for a friend - it's all go this year.. 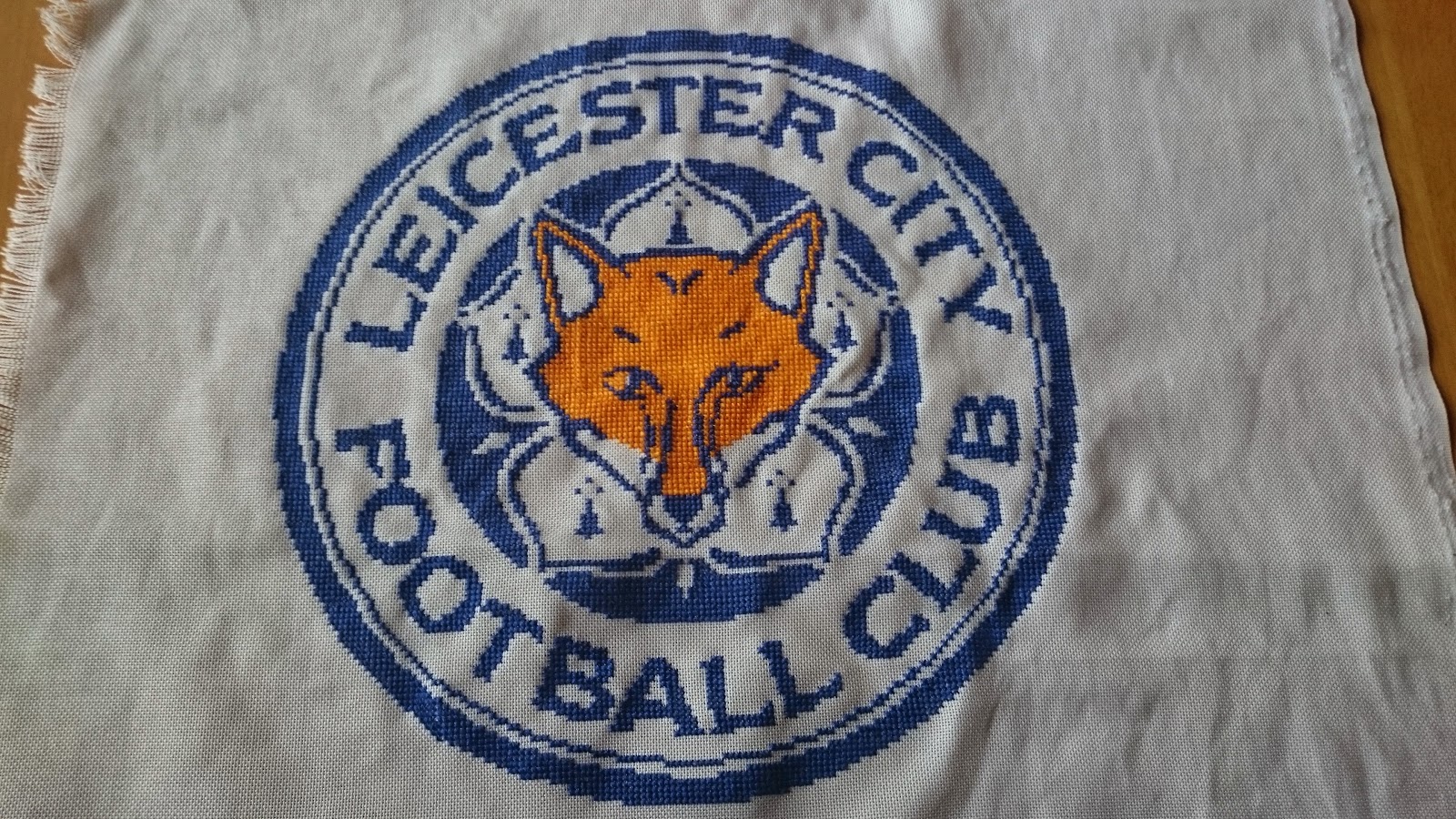 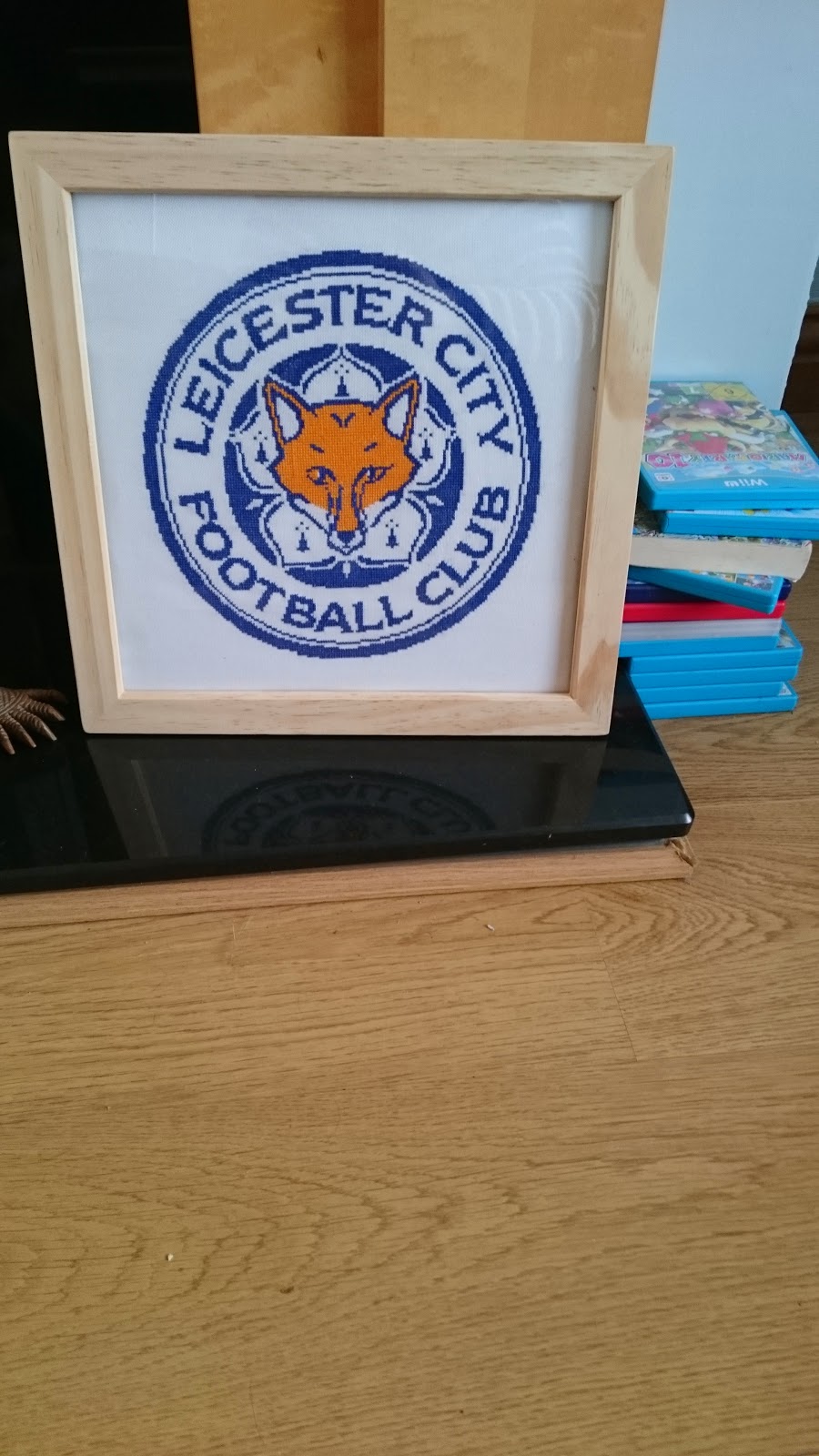 Other than that I've been carrying on with some wips but nothing much to show as yet.  I'm off now to enjoy my last day of leave for this year, thankfully my new leave year starts next week so I don't actually have any full weeks now till end of April - result...

What I did in January (and a bit of February..)

Well January has come and gone and we are now well into February. I celebrated another birthday and my boy also turned 11.

I've had a couple of trips to Edinburgh - one to see the Britain's Got Talent auditions (a lot more fun than I thought it would be) and one to the zoo (again much more enjoyable) for Joe's birthday.

I've had some good competition wins of vouchers so treated ourselves to a shiny new TV, a chromebook and some smart new clothes for hubby  but karma can come back to bite you in the backside with a heart-attack inducing car bill... I've only just got over the shock lol!  But we need our car so it lives to see another year..

Stitching wise been plugging away on my WIPS,  and hope to get a finish soon with my Leicester City badge.  A friend has asked me to do a cross stitch for her nephew's wedding so we had fun last week deciding over colour schemes, I'm looking forward to see how it will look in the end.

So here is some pics for you 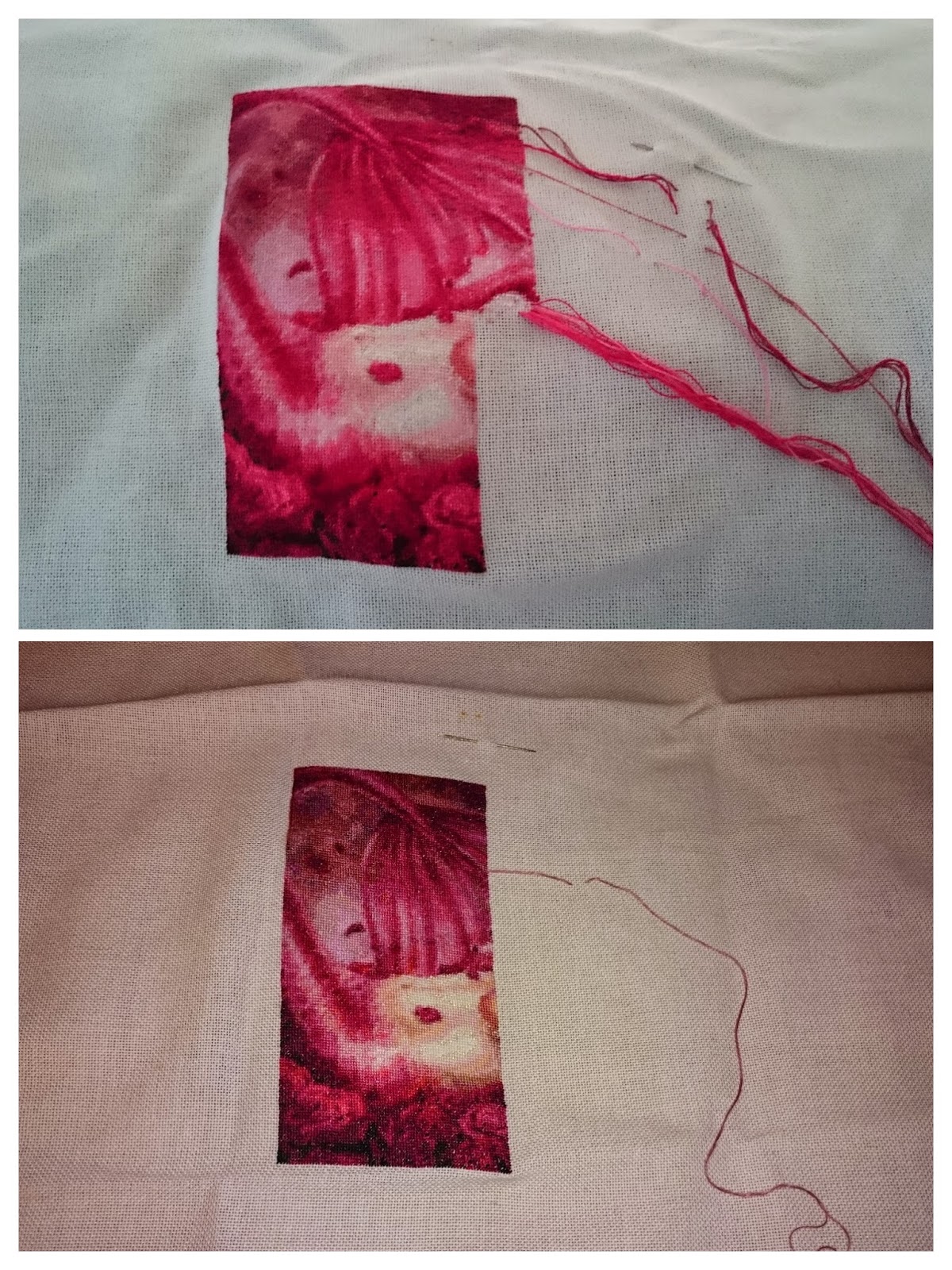 Before & After - four pages to go 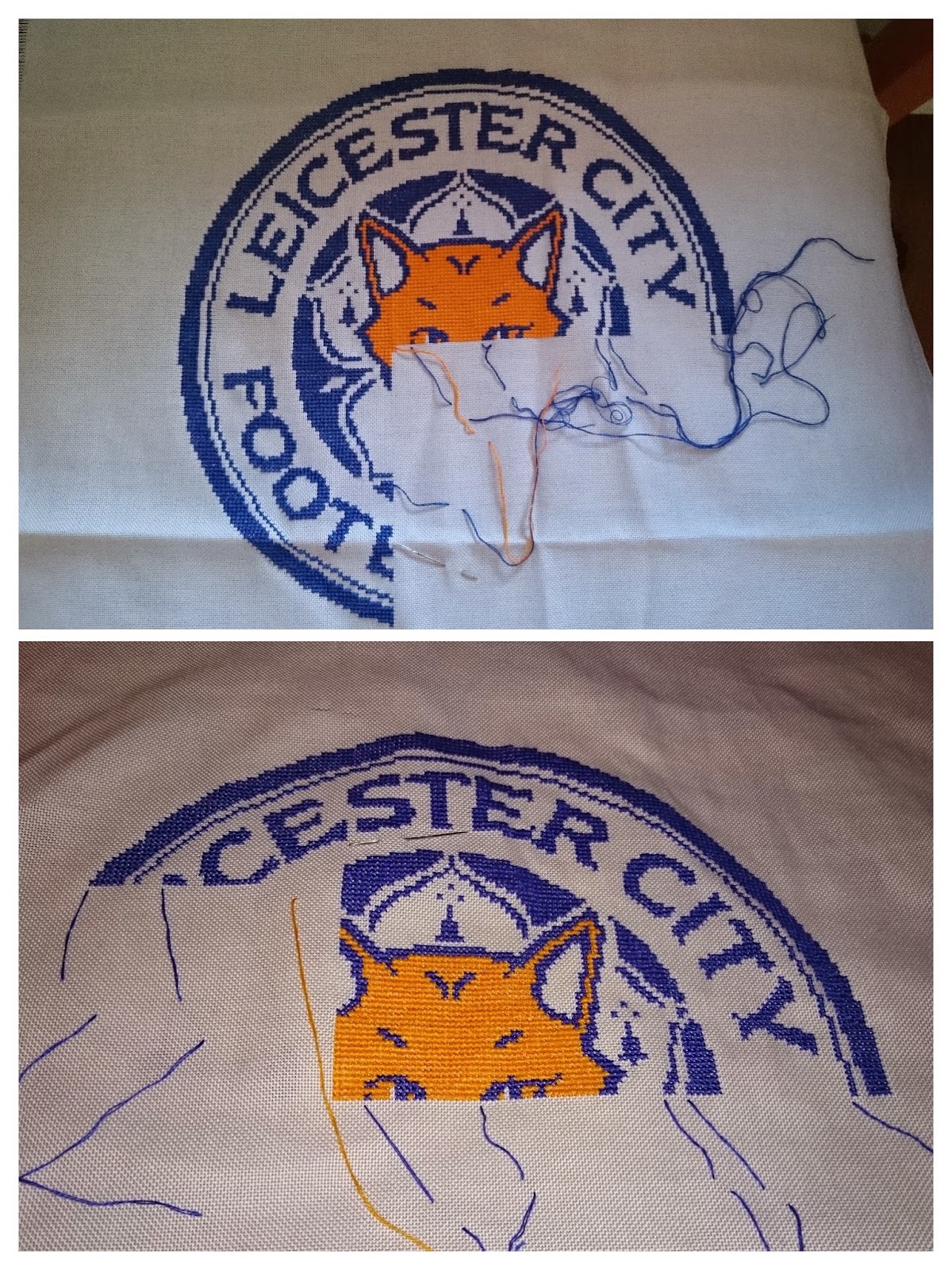 Ink Circles - The Bramble and Rose
(honest there is a tiny bit more in the bottom right..) 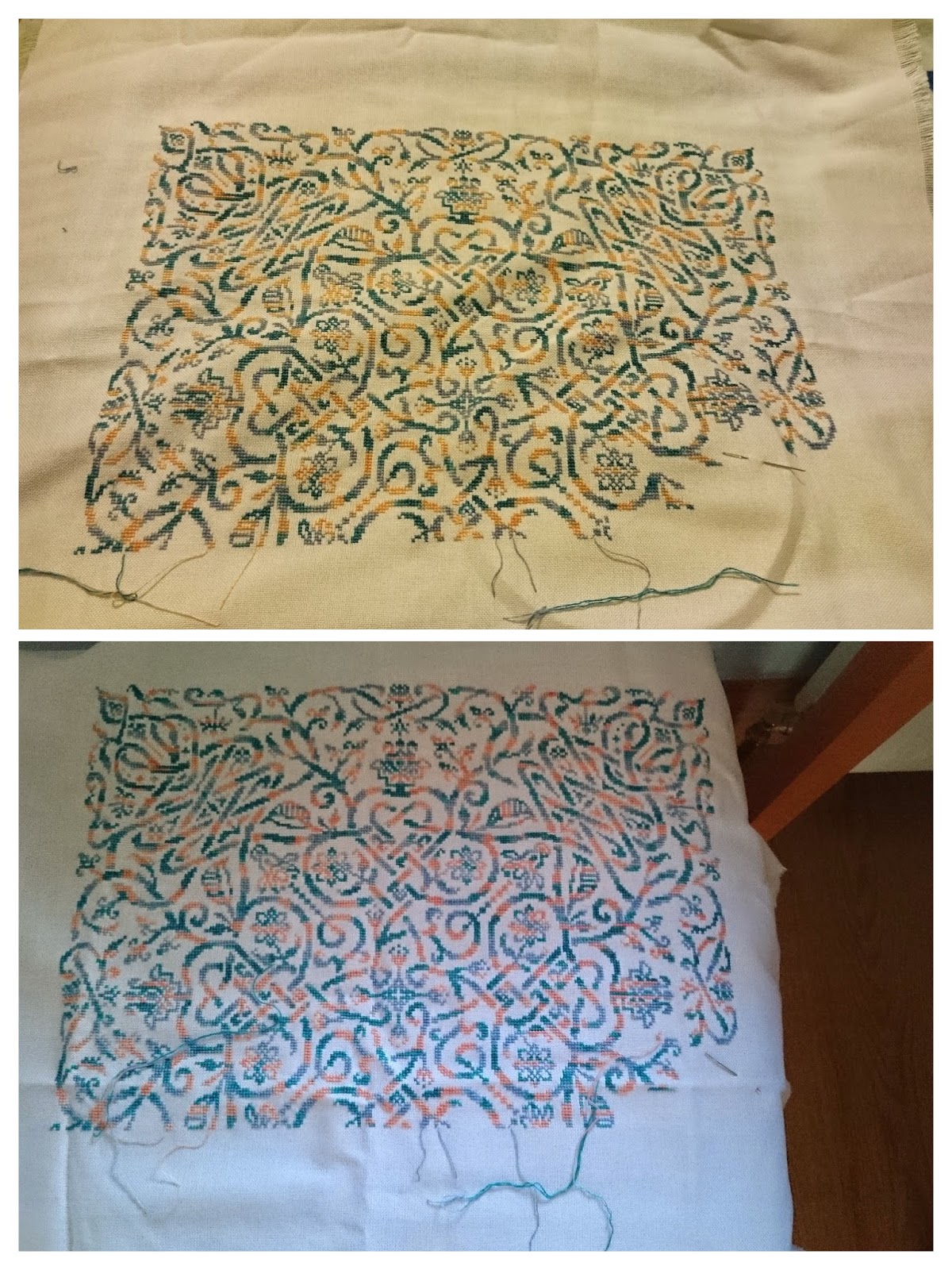 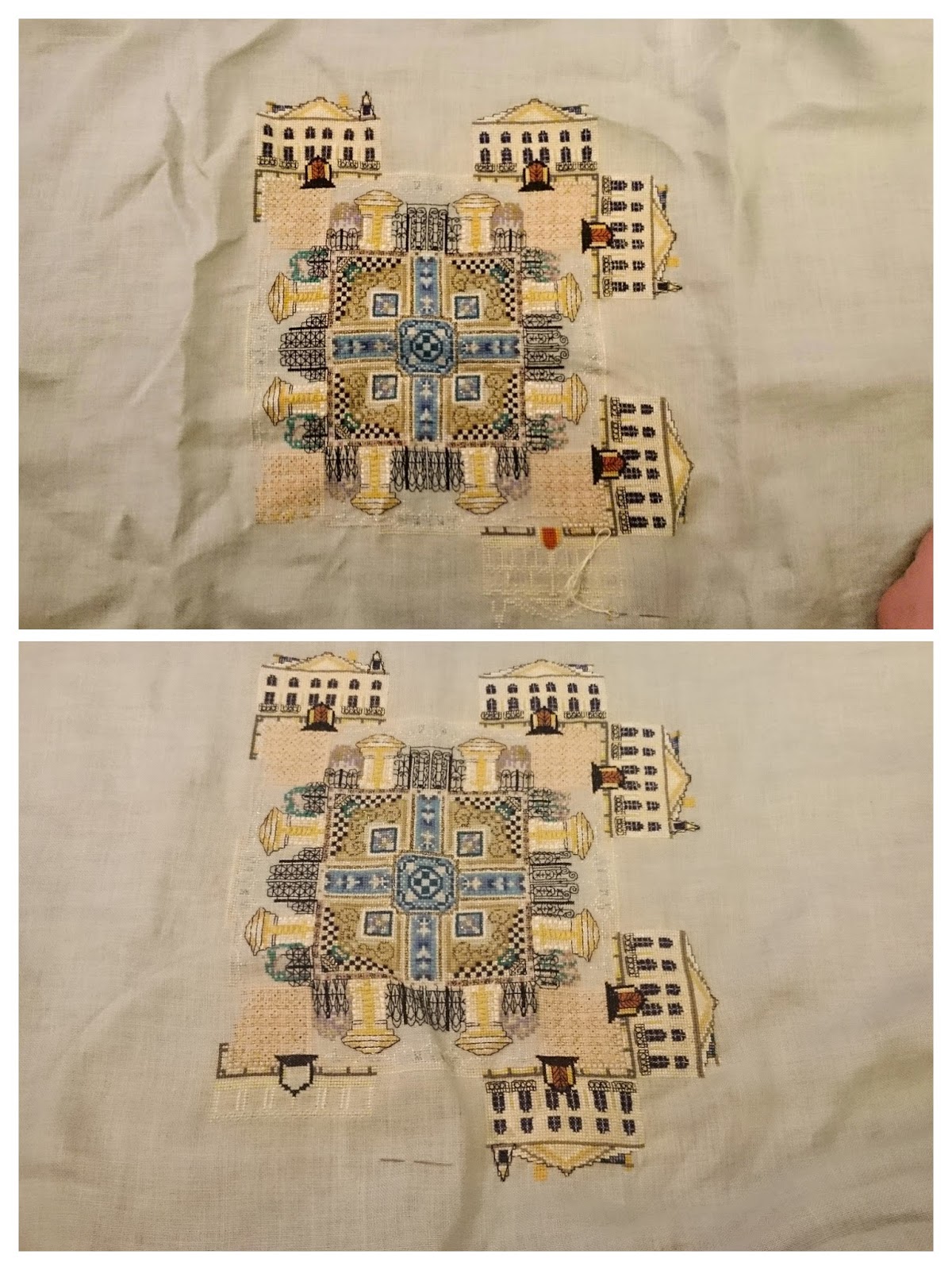 So I spent the last few days of 2014  finishing off some pages on my WIPS so I am starting the new year with lots of nice new page starts as well as one completely new start.  So these will be my projects for 2015 - which are very familiar as they were my projects for 2014 and before that lol! 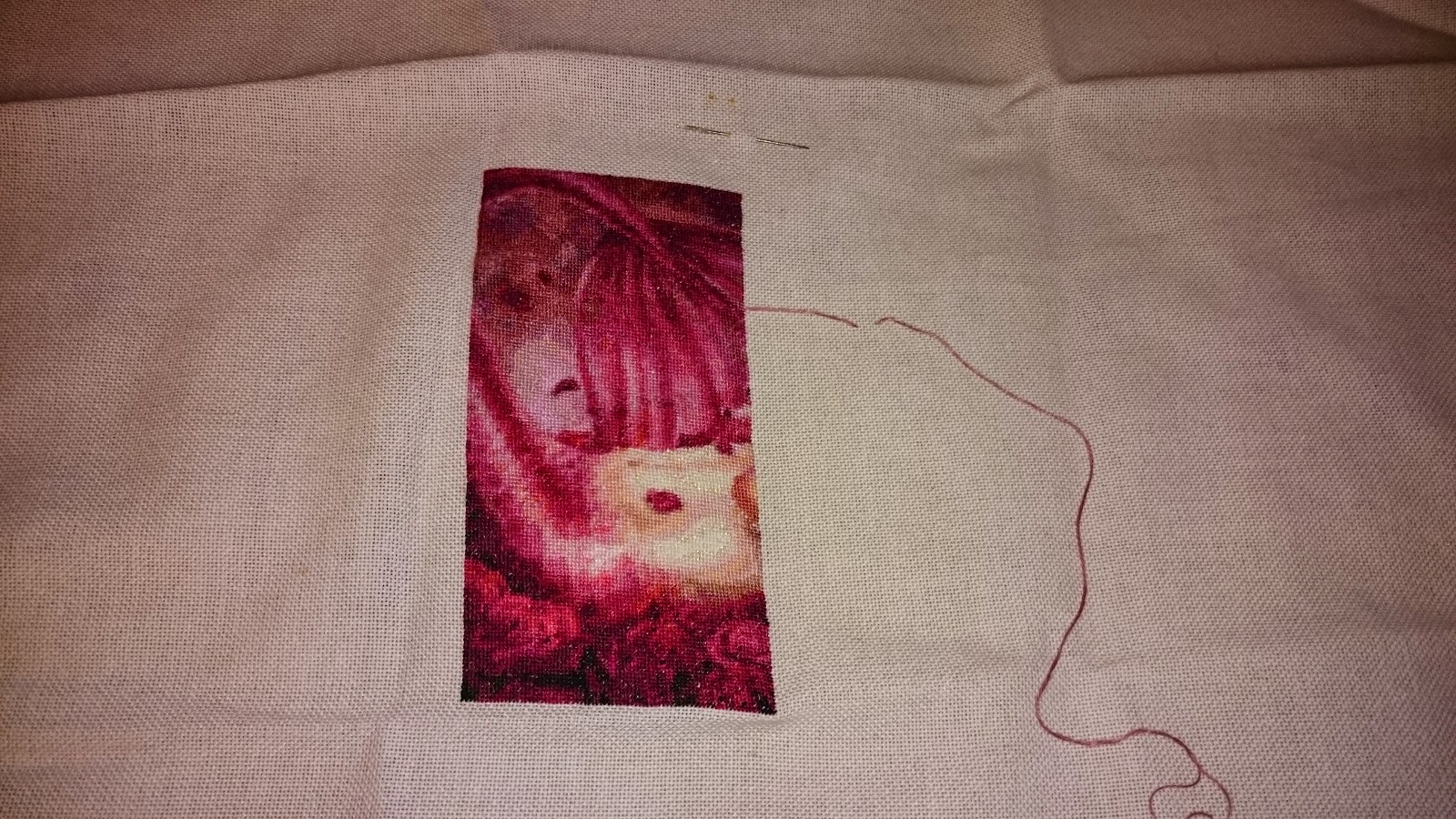 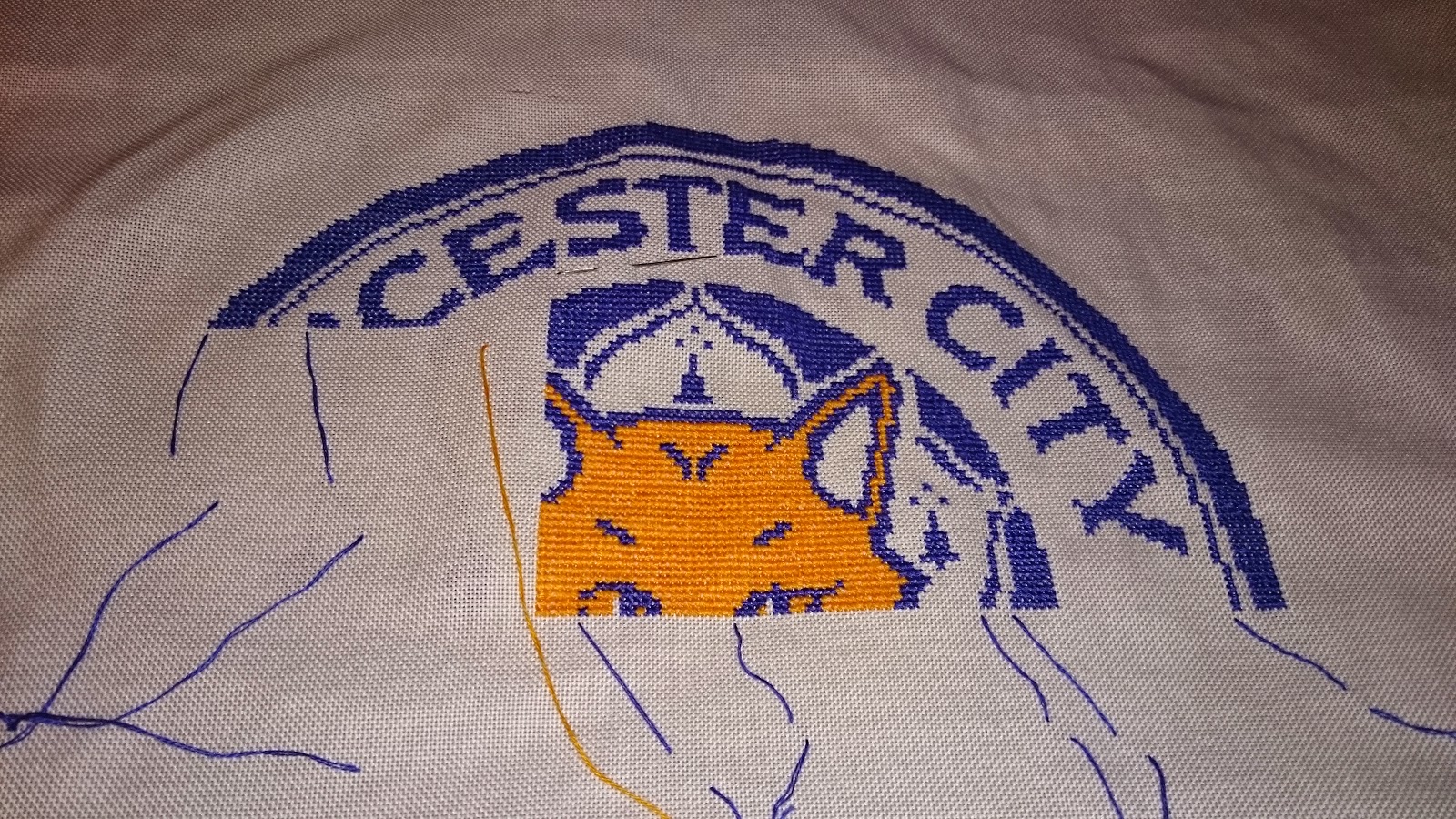 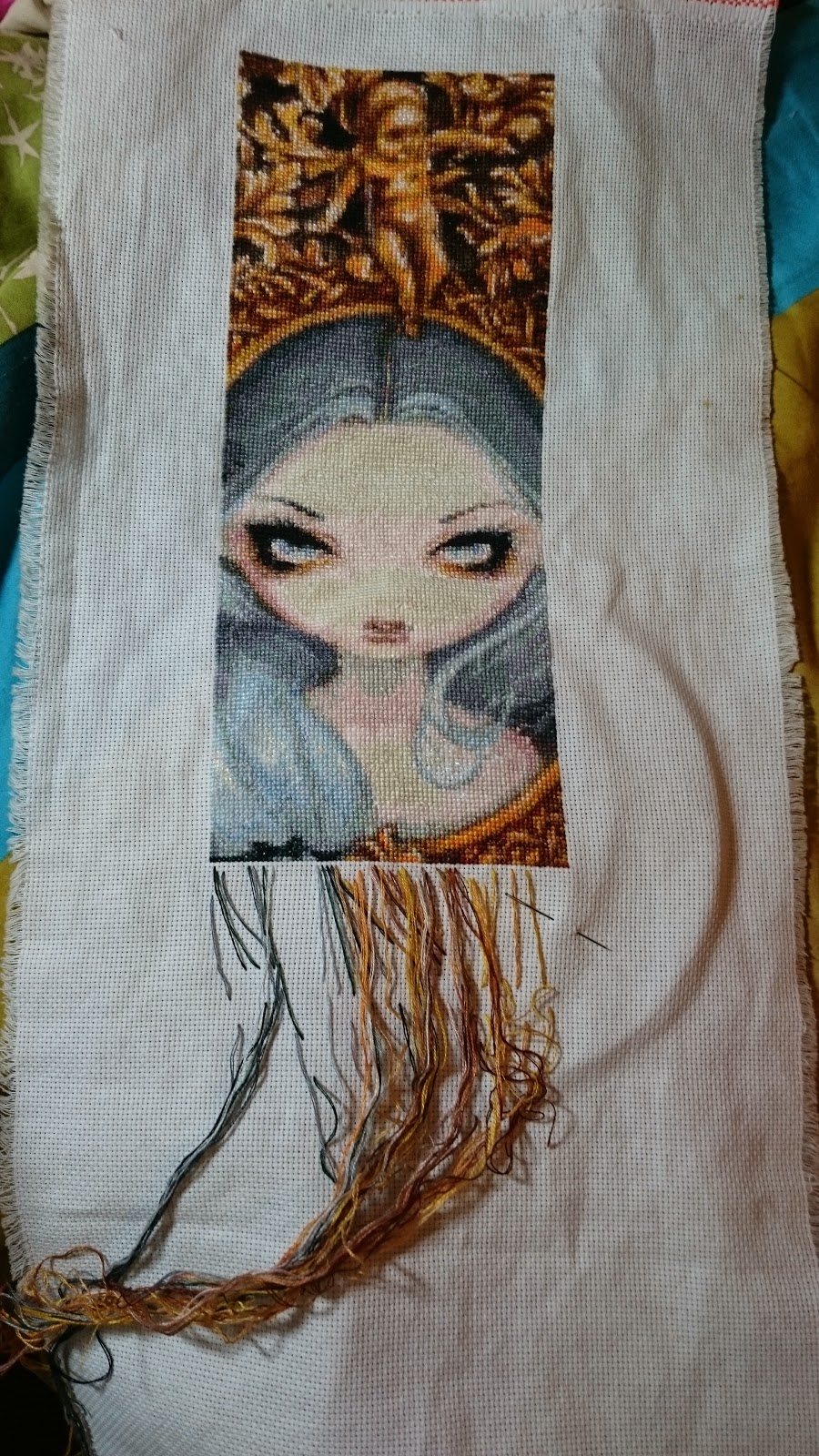 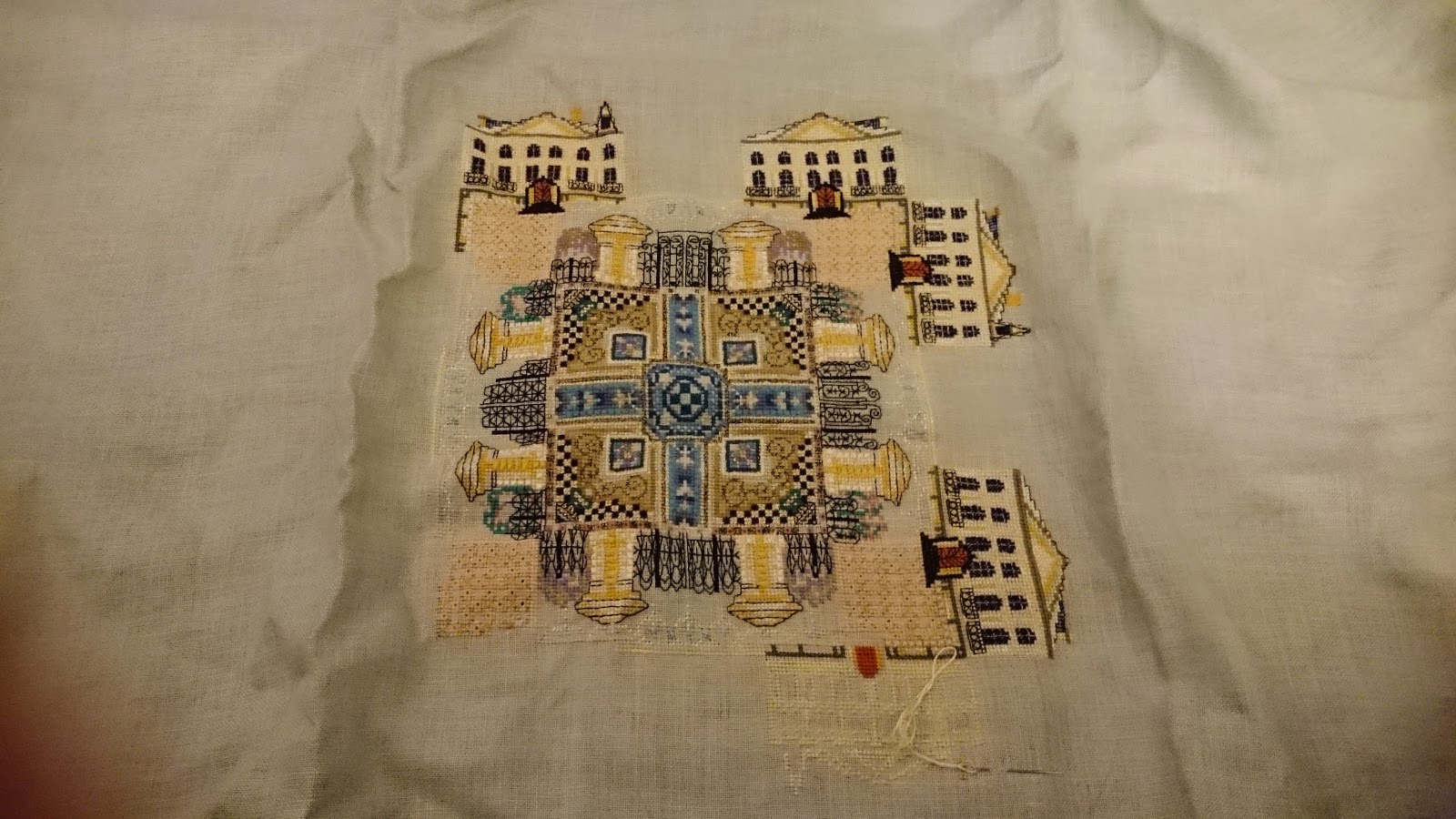 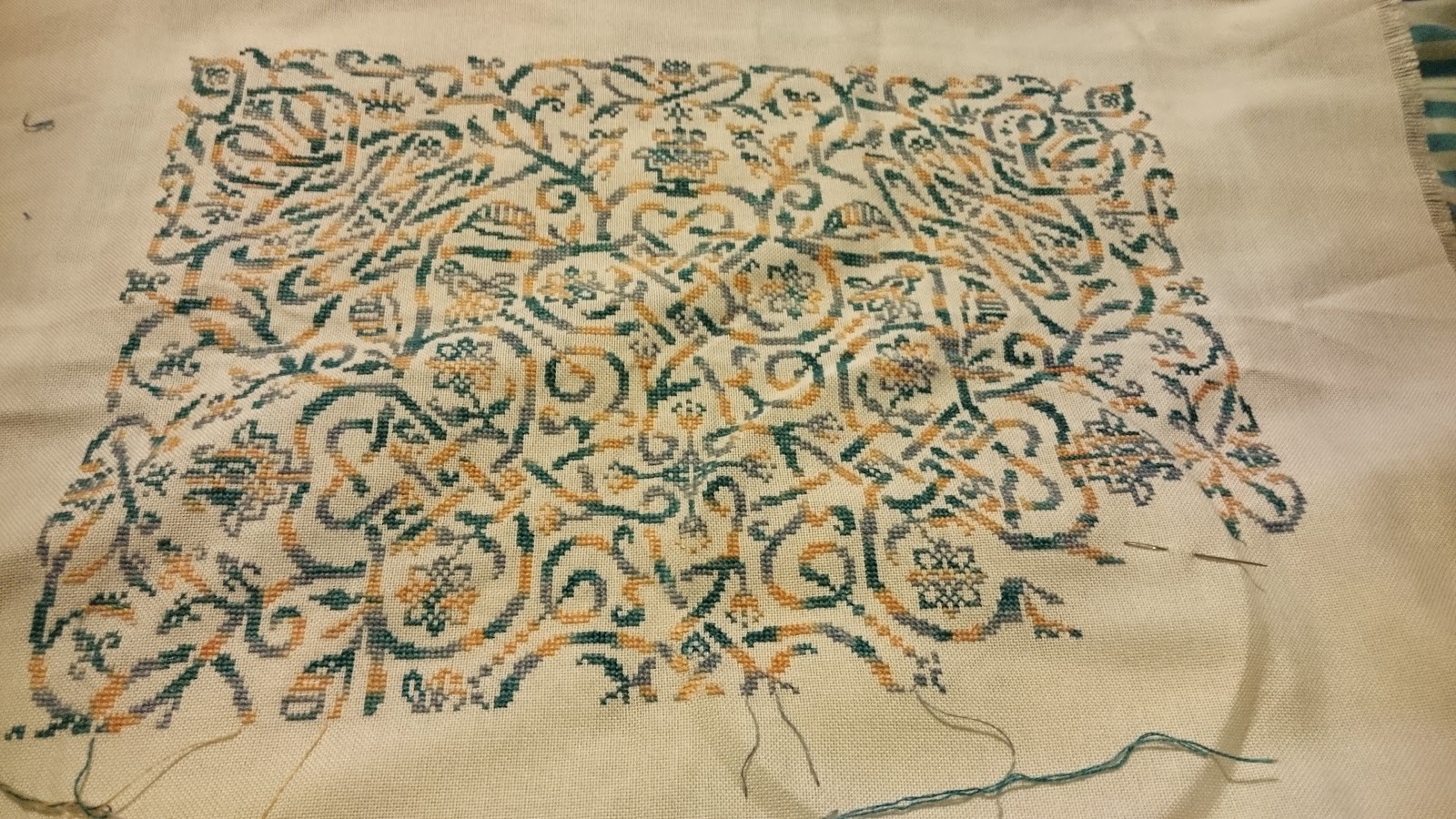 And this is going to be my new start for the year, I have had this design for years, literally years (it was from a Crossstitcher mag from about 2005) and thought it would go nice in my new bathroom so have got it all kitted up ready to go 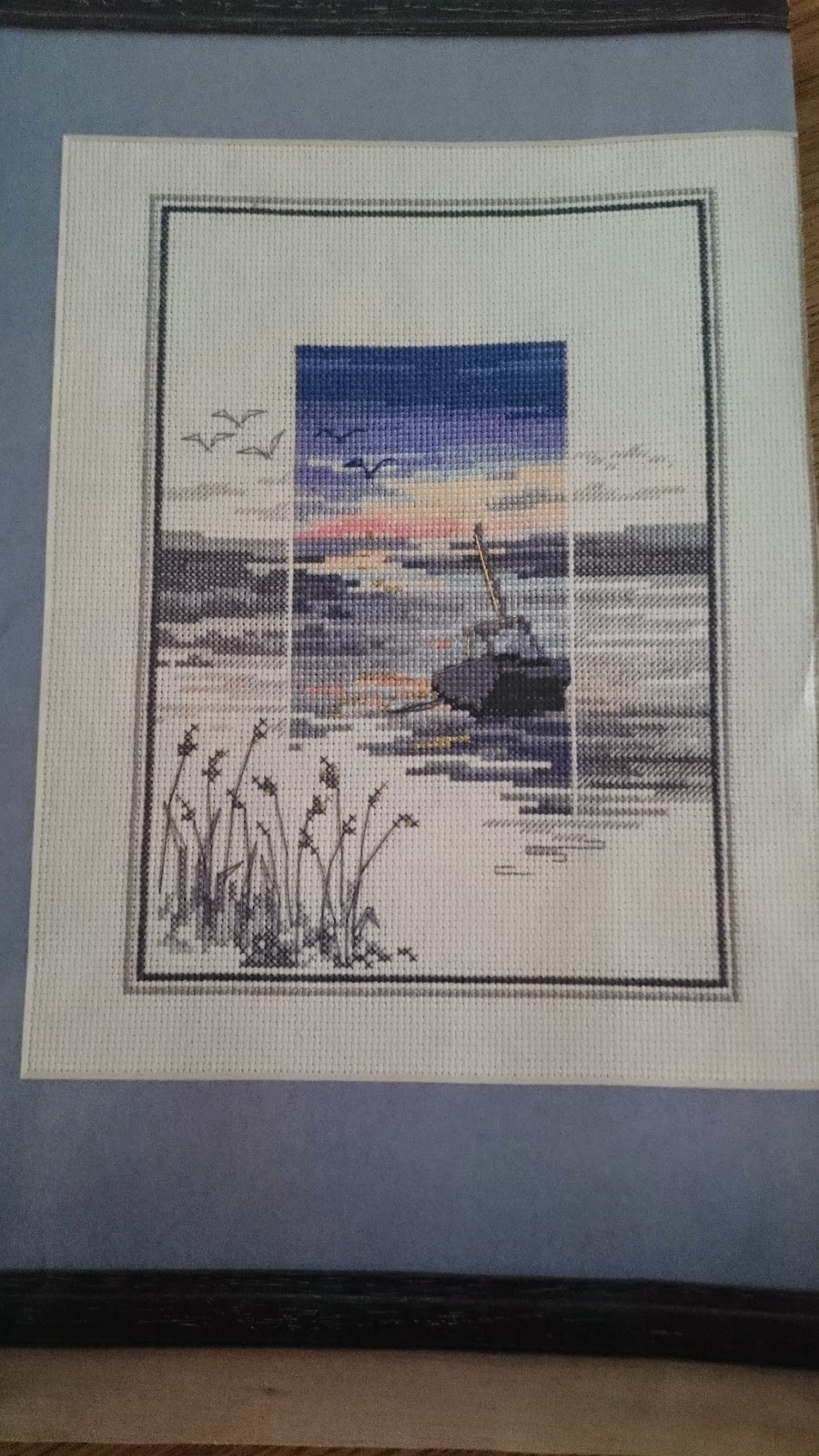 So another year is coming to an end - all in all its been a good one, nothing dramatic happening, spent lots of money on a shiny new bathroom so now permanently skint but hey whats new!

In November I took a trip down to Harrogate in Yorkshire to visit some stitchy friends and attend a stitching show. Myself, Mouse, Ally and Sandra spent a great couple of days in a lovely little house just off the centre of Town.  We ate and chatted and actually did some stitching..   As for the show I visited it on the Saturday morning but it was very busy and hard to get round all the exhibitors.  I did get what I was after though which was from fabric from Sparklies .   Mouse was laughing though that I went all they way to Yorkshire only to get one piece of fabric but to be honest I have all the stash I need at present and I really just like to go for the chat! 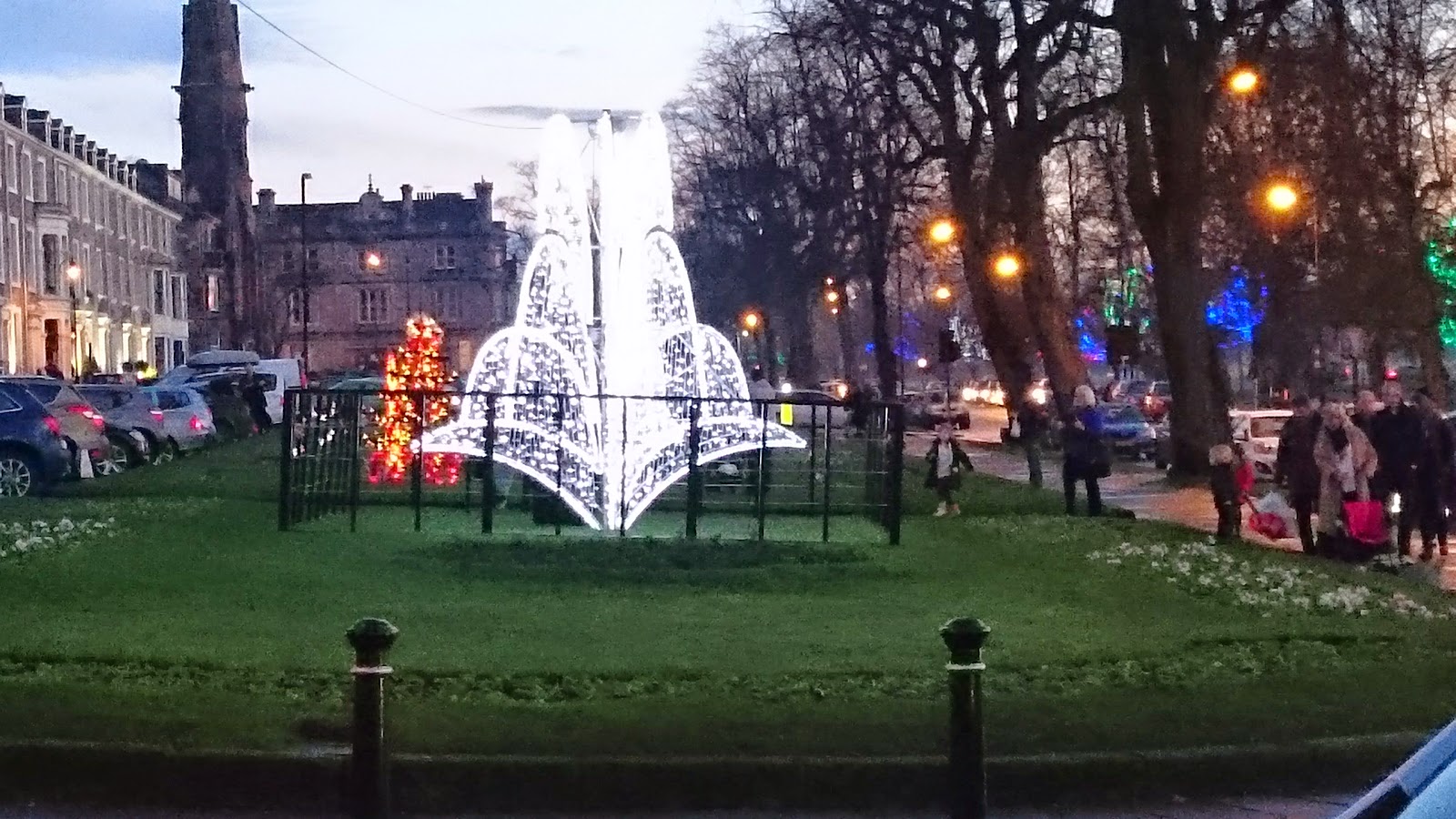 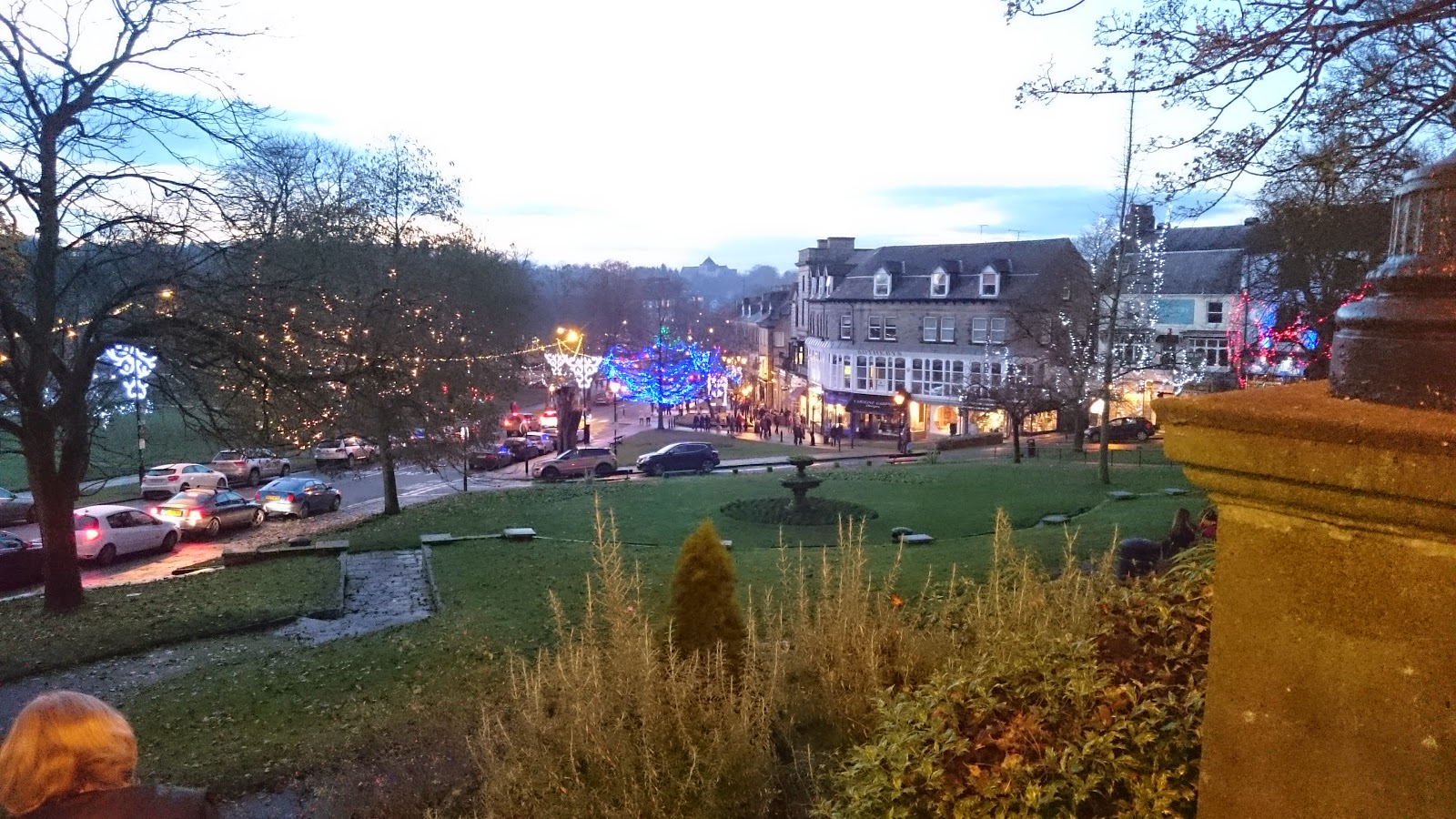 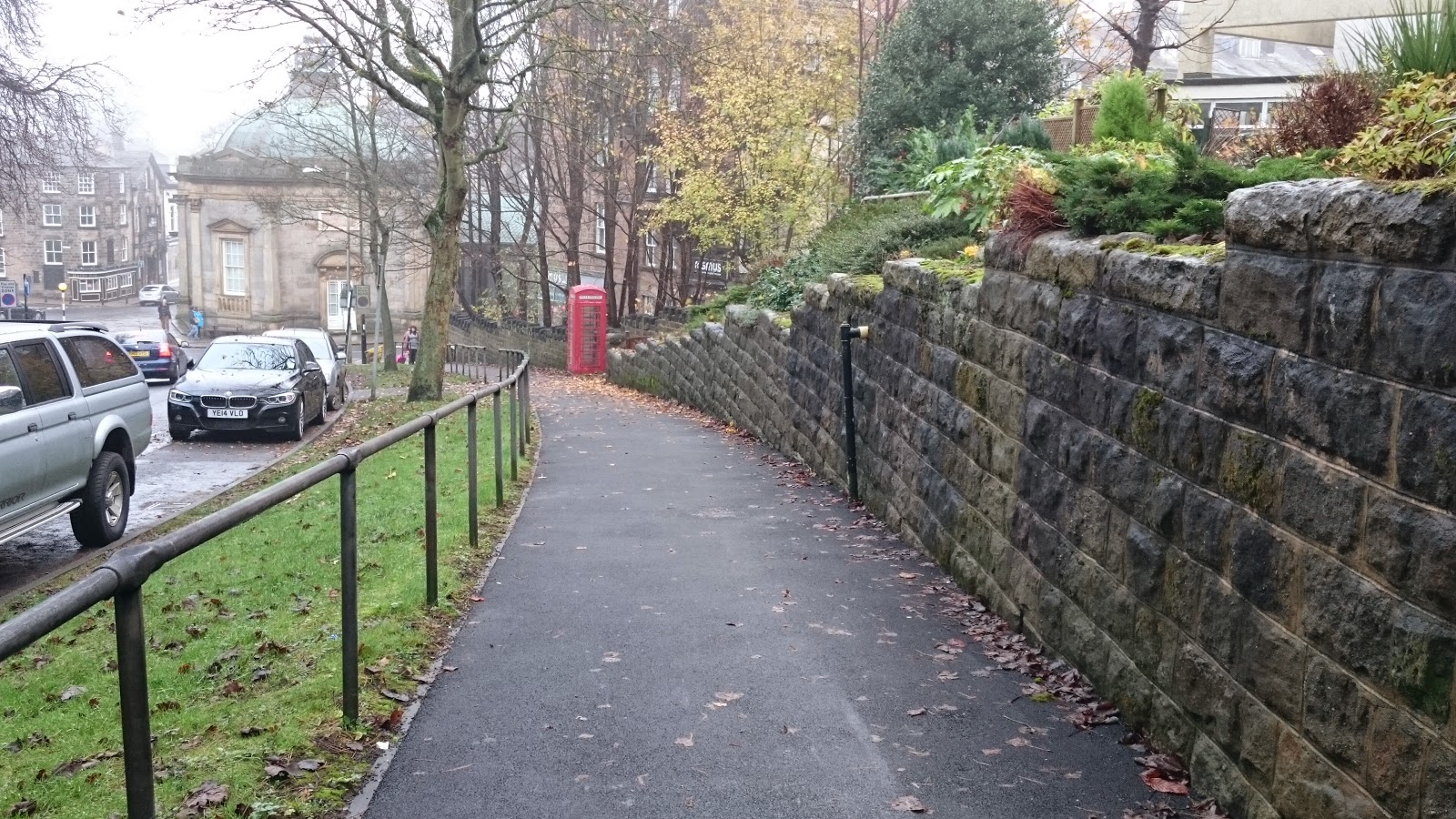 So with the fabric I bought I started one of Nora Corbett's Reindeer "Donner" stitched on Sparklies Charcoal Slate Opalescent (which is just perfect - thanks to Kate for picking this one out) and stitched on it throughout December - I didn't get it finished in time for getting it up with the decorations so have popped it away until next year. I really can't stitch anything Christmas related once the day is past.  I am a bit bah humbug and just want it all over and done with come Boxing Day! 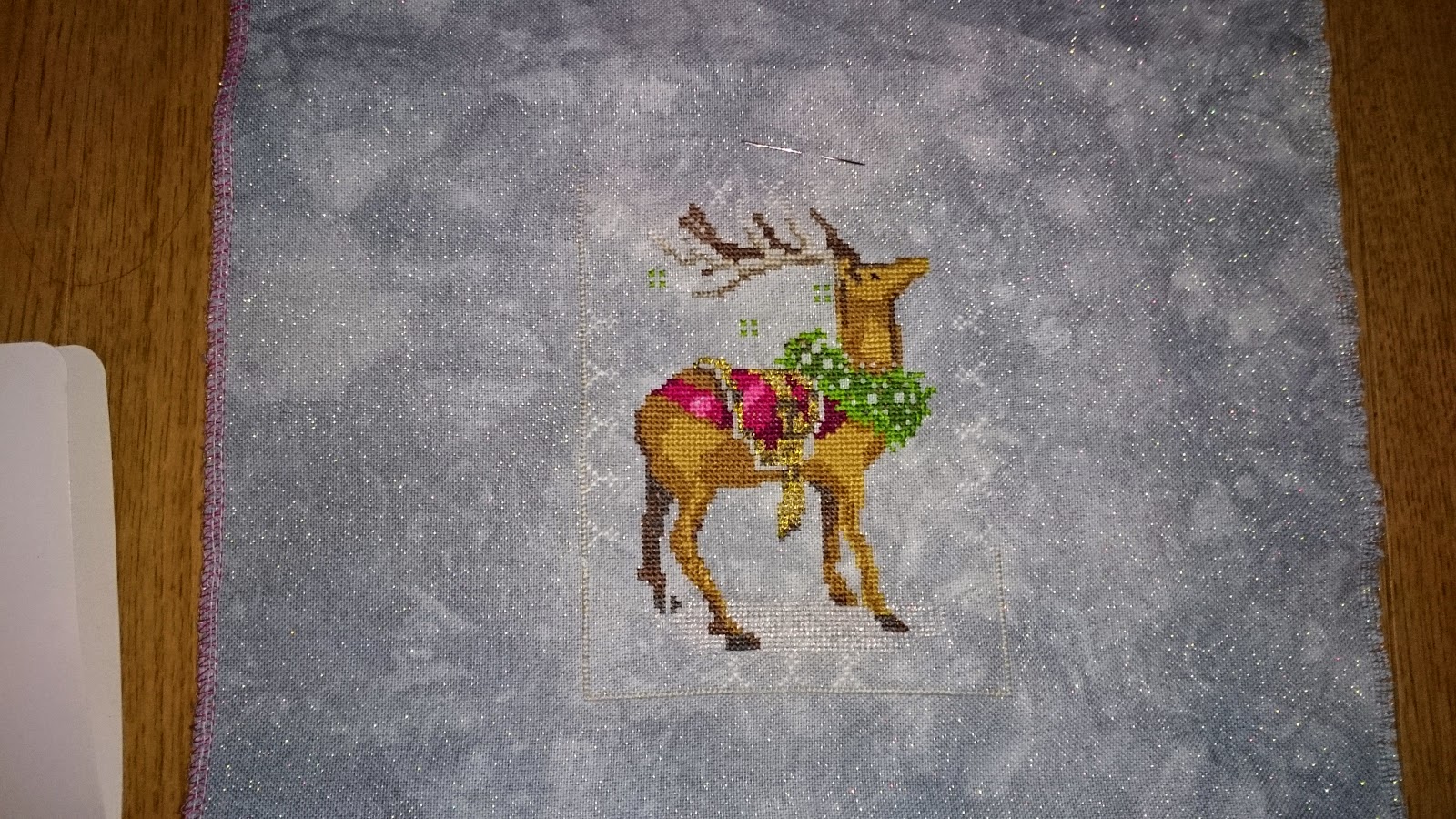 I am now trying to finish up a page on my Rapunzel Haed so I have all new page starts for the new year along with a new start.

Before and after - bathroom makeover

Back in the summer we got our old rather horrible bathroom ripped out and a shiny new one put in.  It then sat with bare plastered walls for the next six months before I got round to getting it painted but now that it is we are so so happy with it - I chose a duck egg colour which sets off the white furniture great and also we have a blue marbled tile floor .  Sorry for the pictures but my bathroom is tiny and really hard to get decent pictures in..

Before the chaos commenced 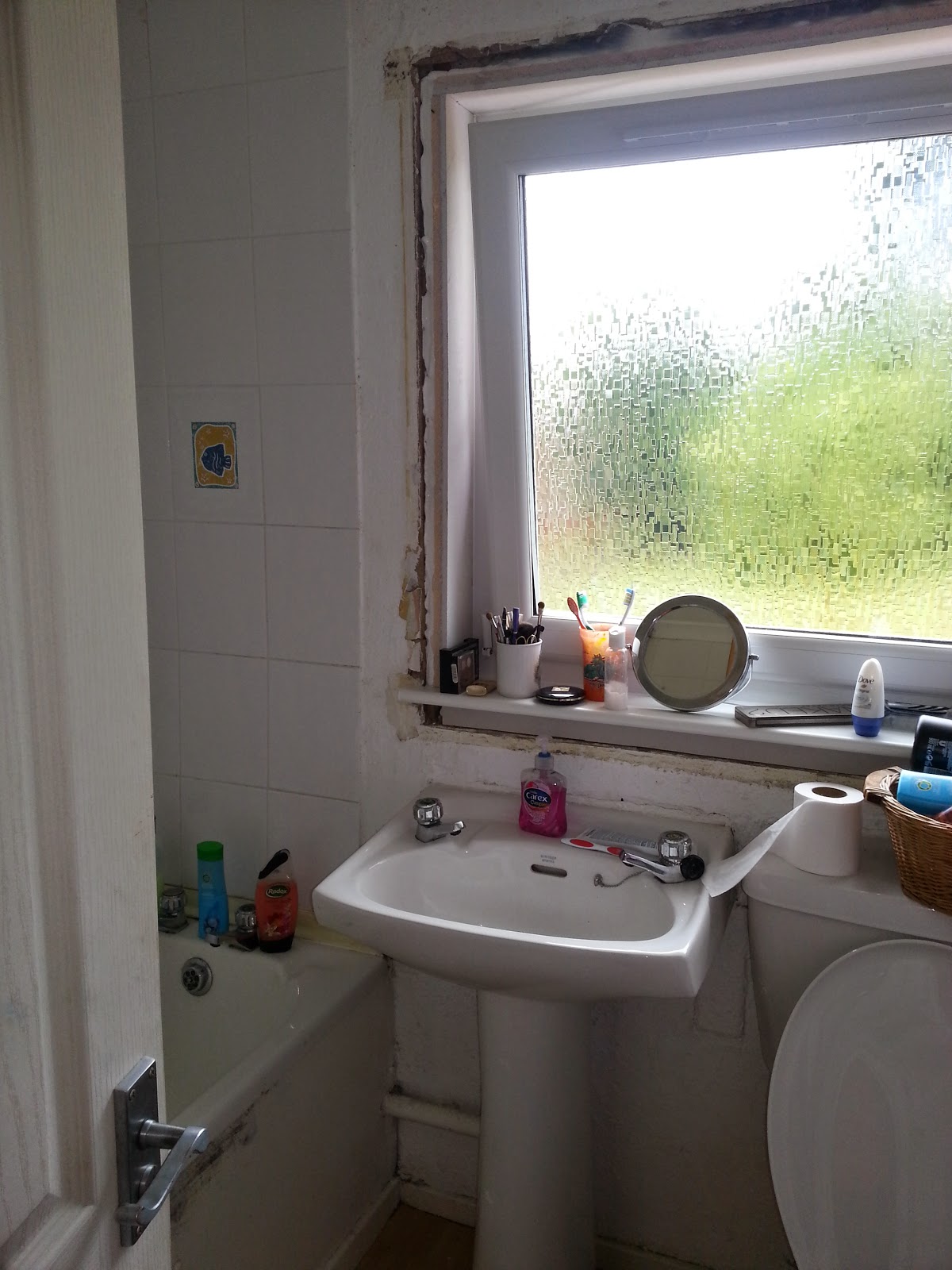 After - so happy with it 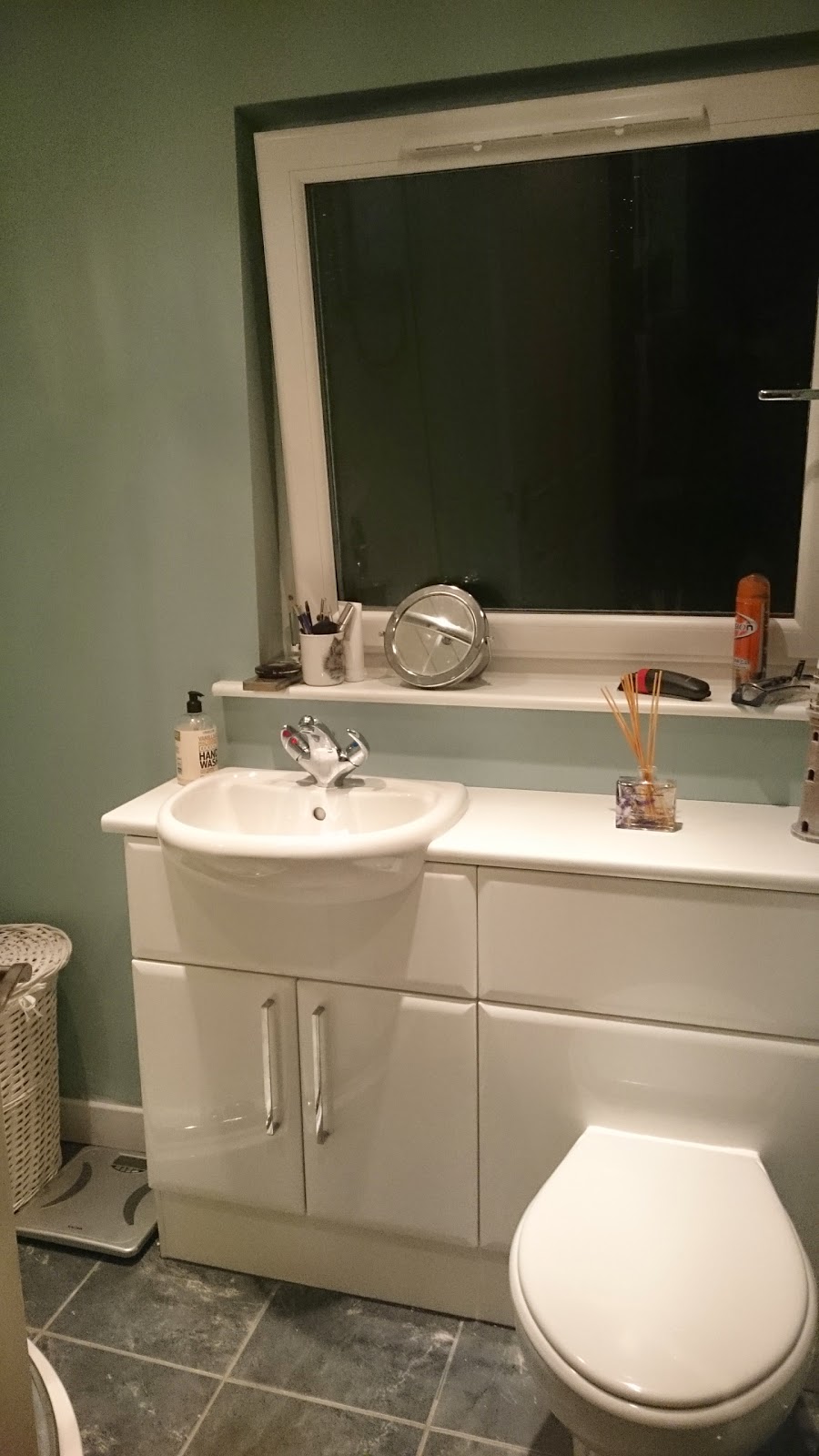 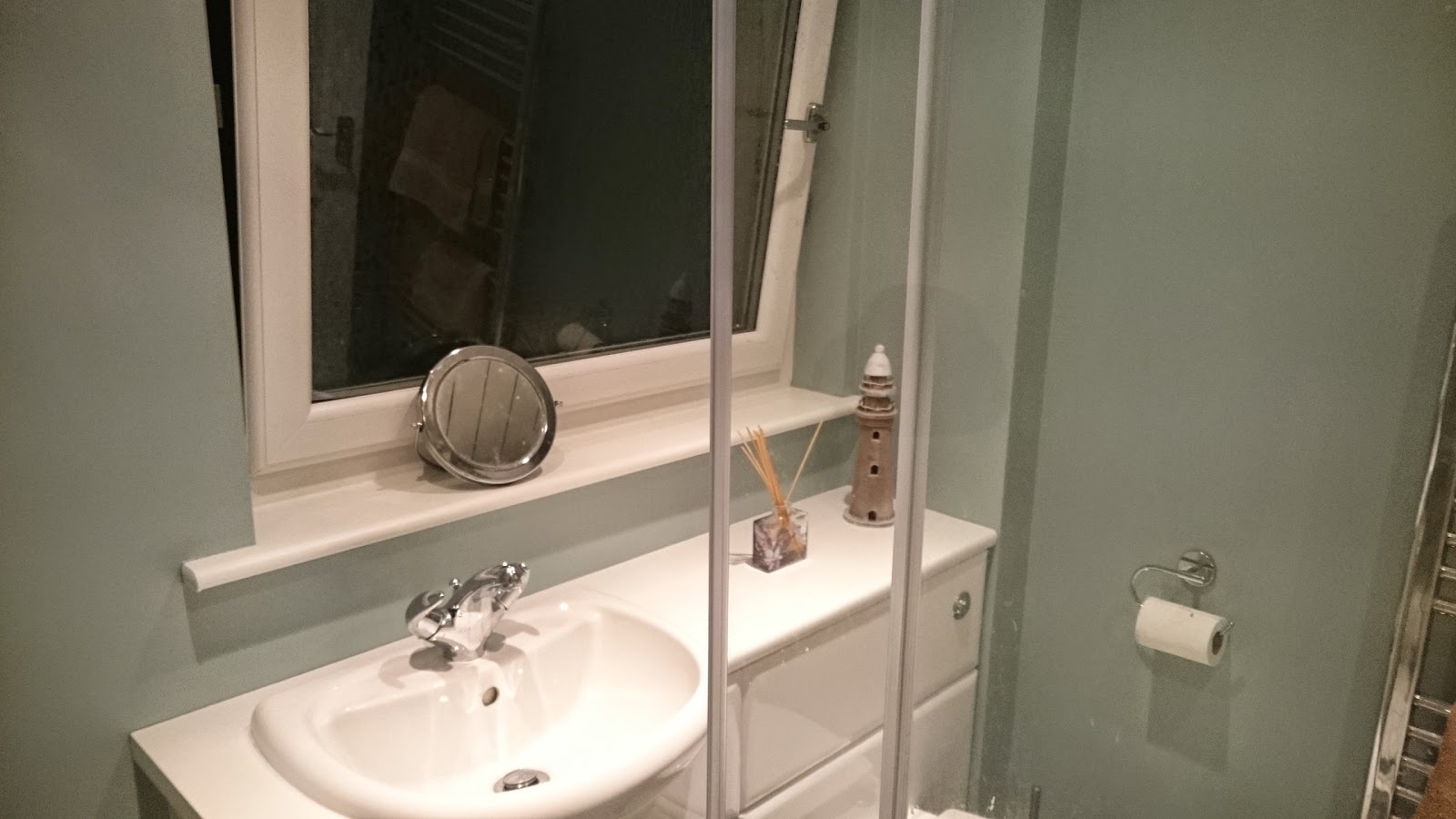 There's a nip in the air

Having had a relatively mild year so far it has come as a bit of a shock that it is cold now and wet and windy = ah the joys of autumn in Scotland but a great excuse to stay indoors and stitch which is my plans for today.

A quick update of what I've been up to since the summer - some wips and a couple of finishes, throw in a wee week in Tenerife and that's pretty much it - all quiet really.

I'm off to Harrogate in a couple of weeks to catch up with some stitchy friends and visit the Stitching Show - getting excited now!  Will have a quick look through my stash in the next week or so and see what I need to pick up when I'm there.. 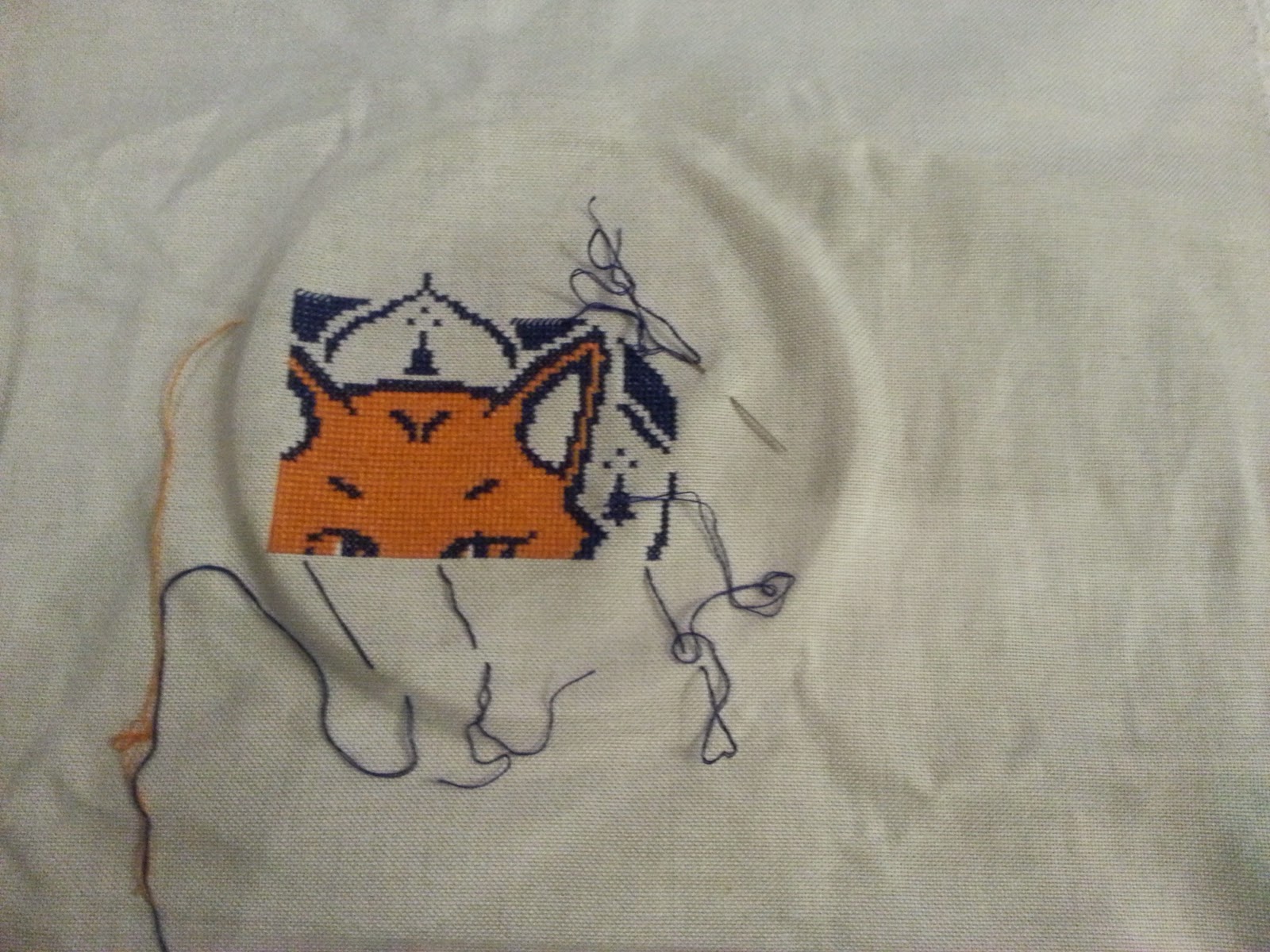 This is my latest start - which is going to be a Leicester City football club shield for an uncle , I've got another couple to do for friends - pretty easy and effective 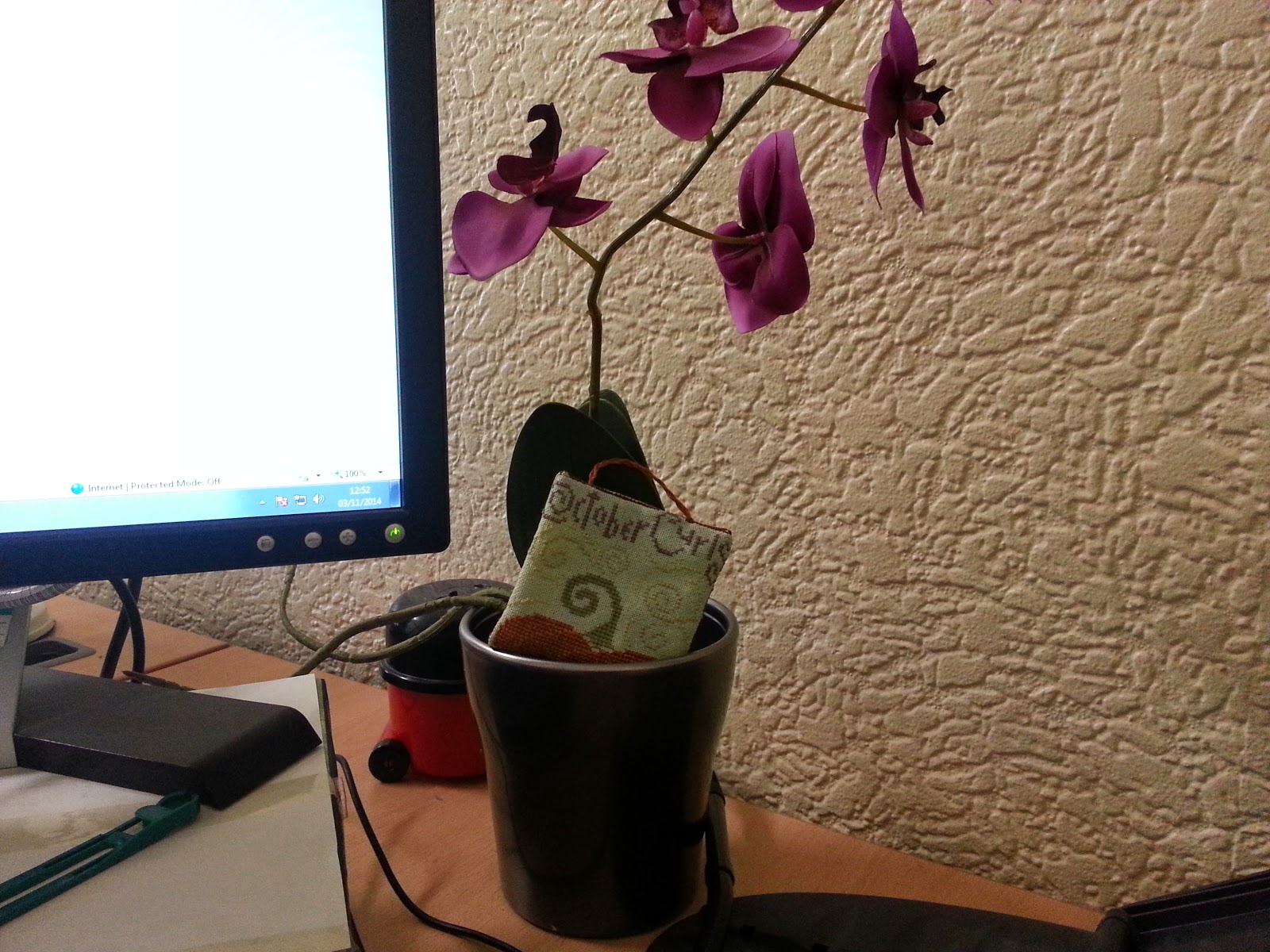 This is Bent Creek's October Snapper - I started this series years ago and I am finally down to two to do - this is my computer at work - I've moved into another office now at work and plan to have lots of cross stitch up on the walls to make it more cheerful for me, after all  I spend a lot of time there - thankfully now I get a view out of the window - it's not much of a view but at least I get to see some trees and sky and see the seasons change - otherwise the days pass without ever noticing the world around you, it's dark in the morning and dark at night 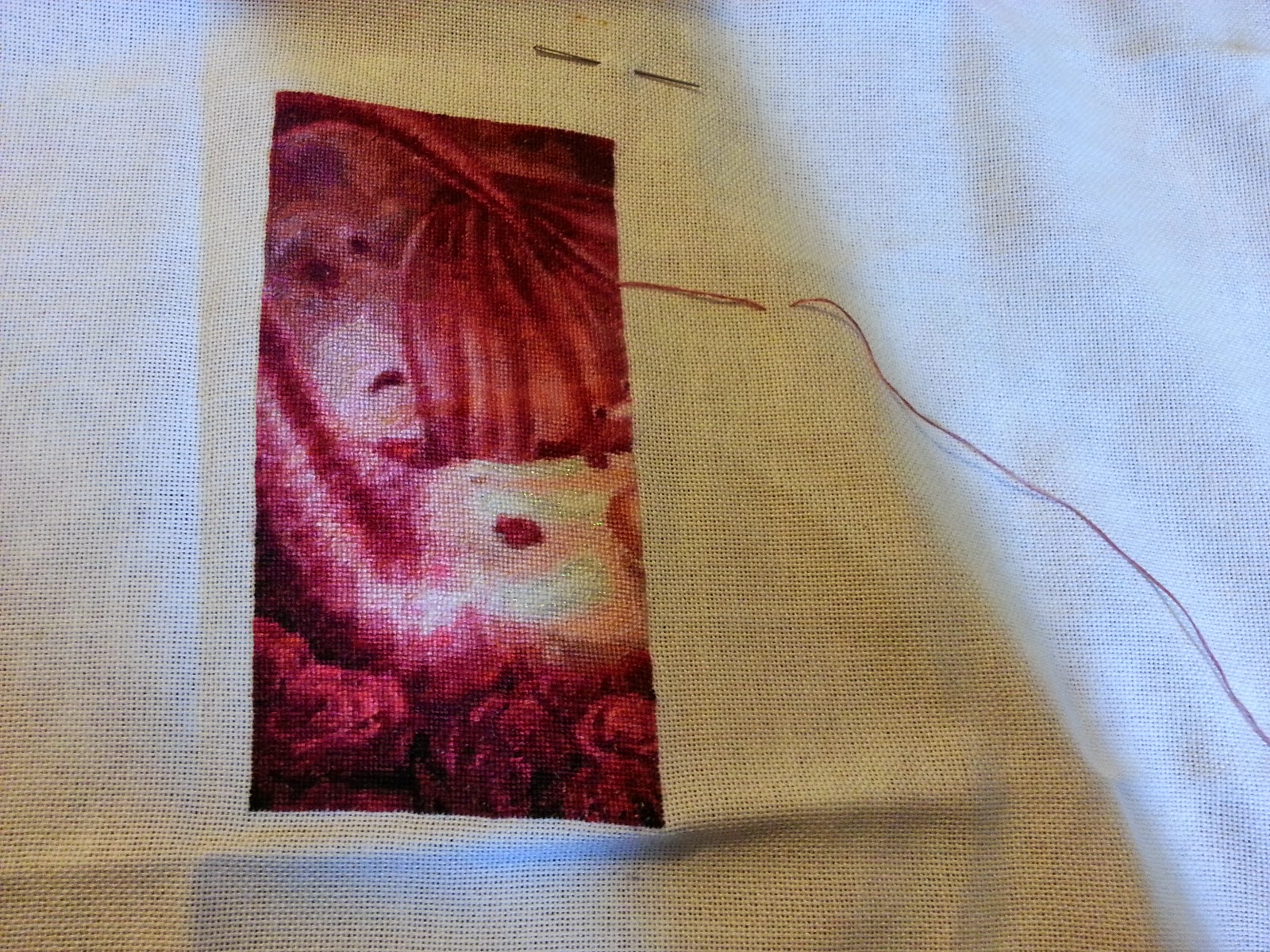 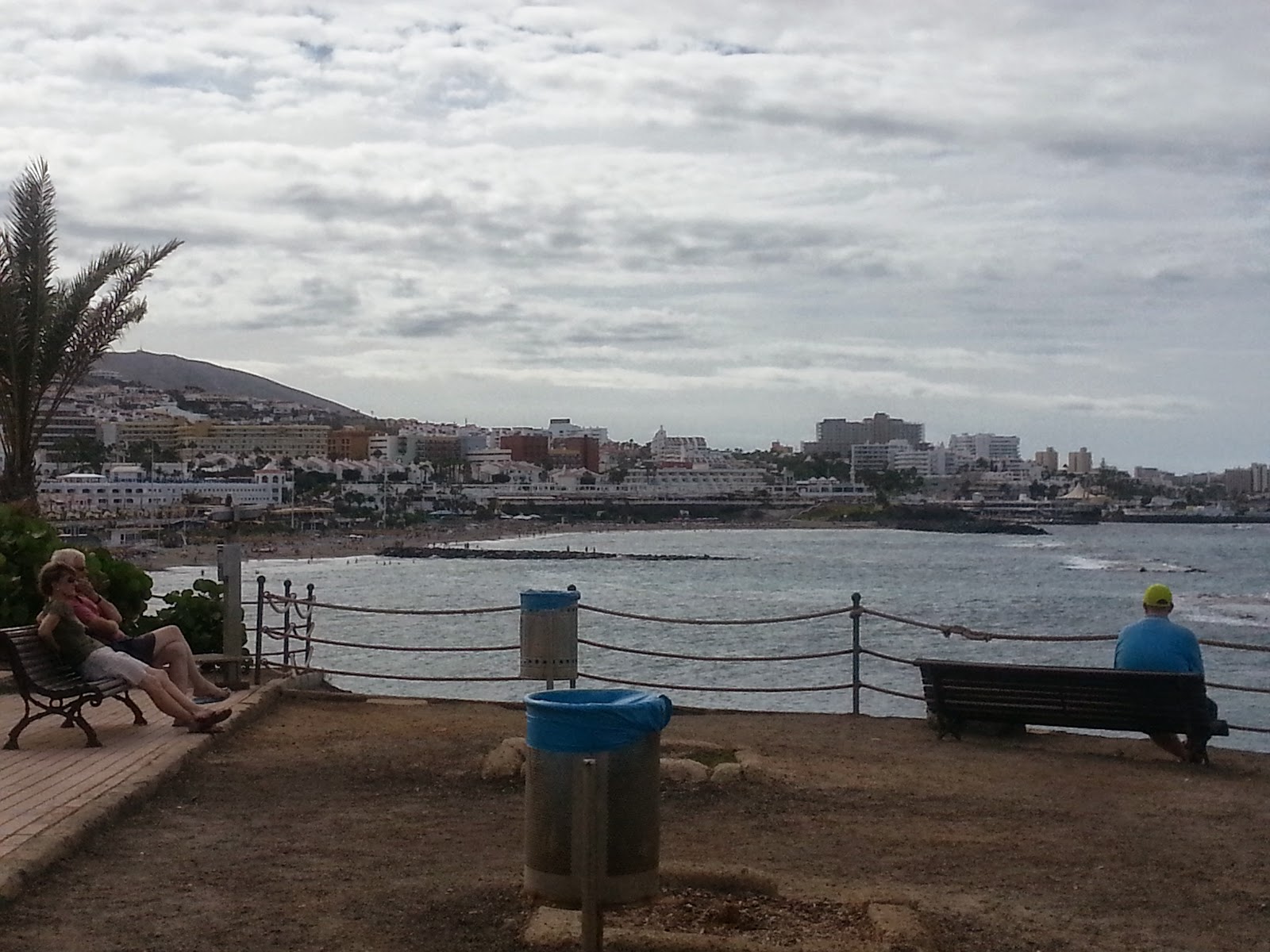 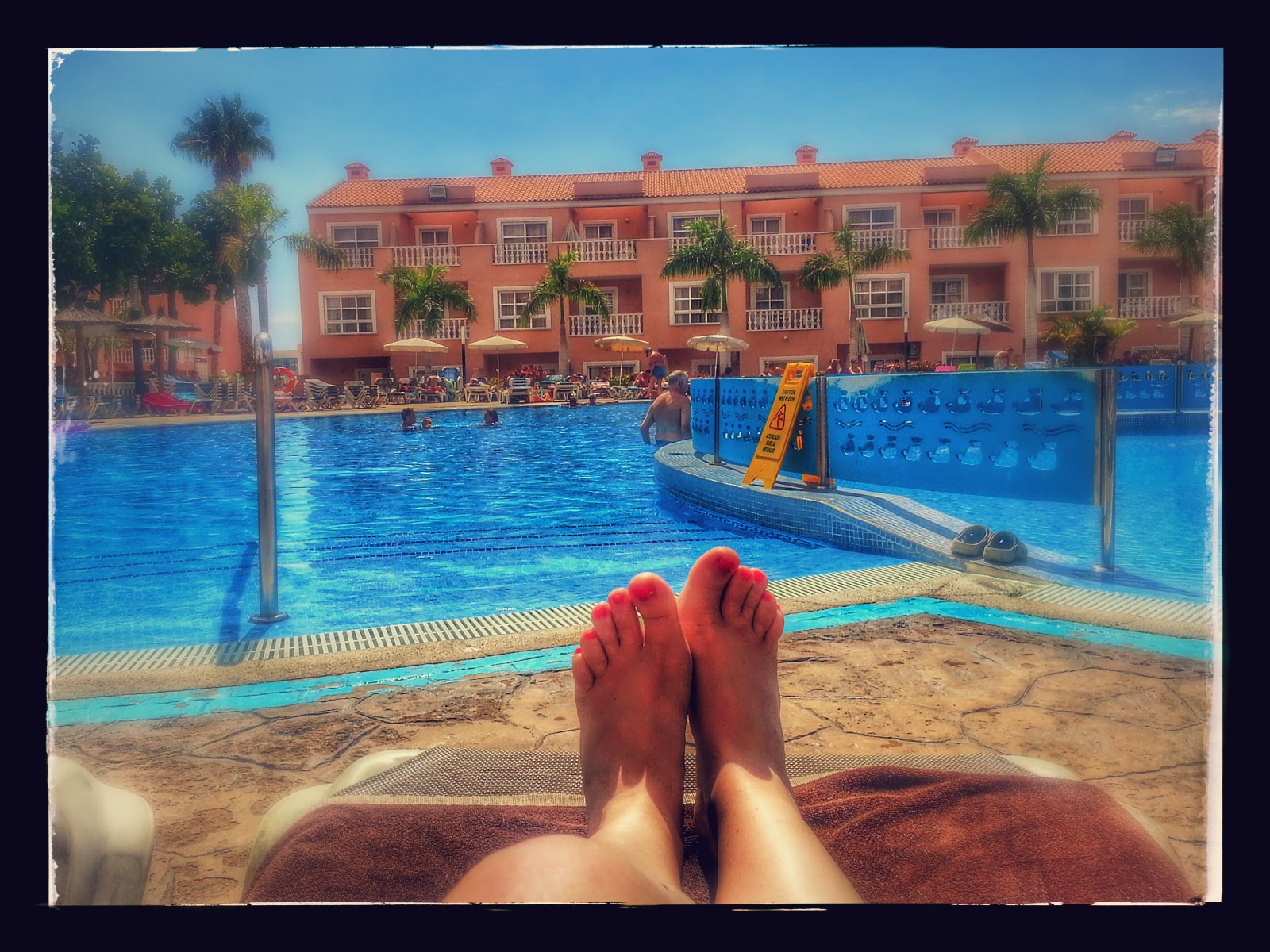 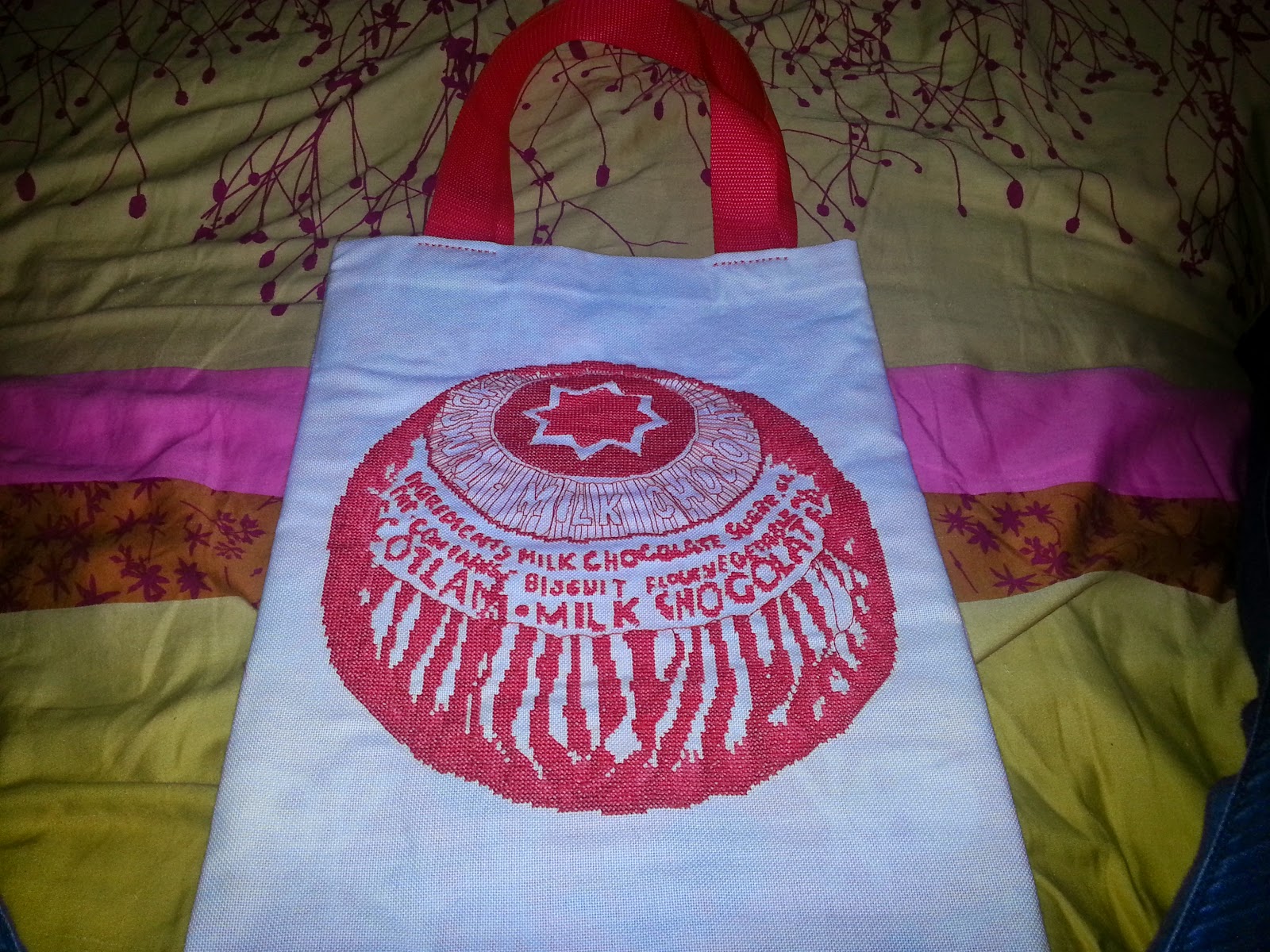 This was my Tunnock's teacake bag which I managed to get finished up in times for my hols and it got plenty of use there.  So pleased with it as it actually looks and works really good!

I should really keep this blog up to date a bit more now  and catch up with reading everyone else's  as I've got more time on my hands now with DD having given up skating so got my weekends back - yay!   My bank balance is appreciating it as well.

As I am currently on my hols have been having some quality stitching time and have even managed a finish.
Mirabilia Maidens of the Seasons Spring. She has been neglected over the last few months and only needed beading . Here she is 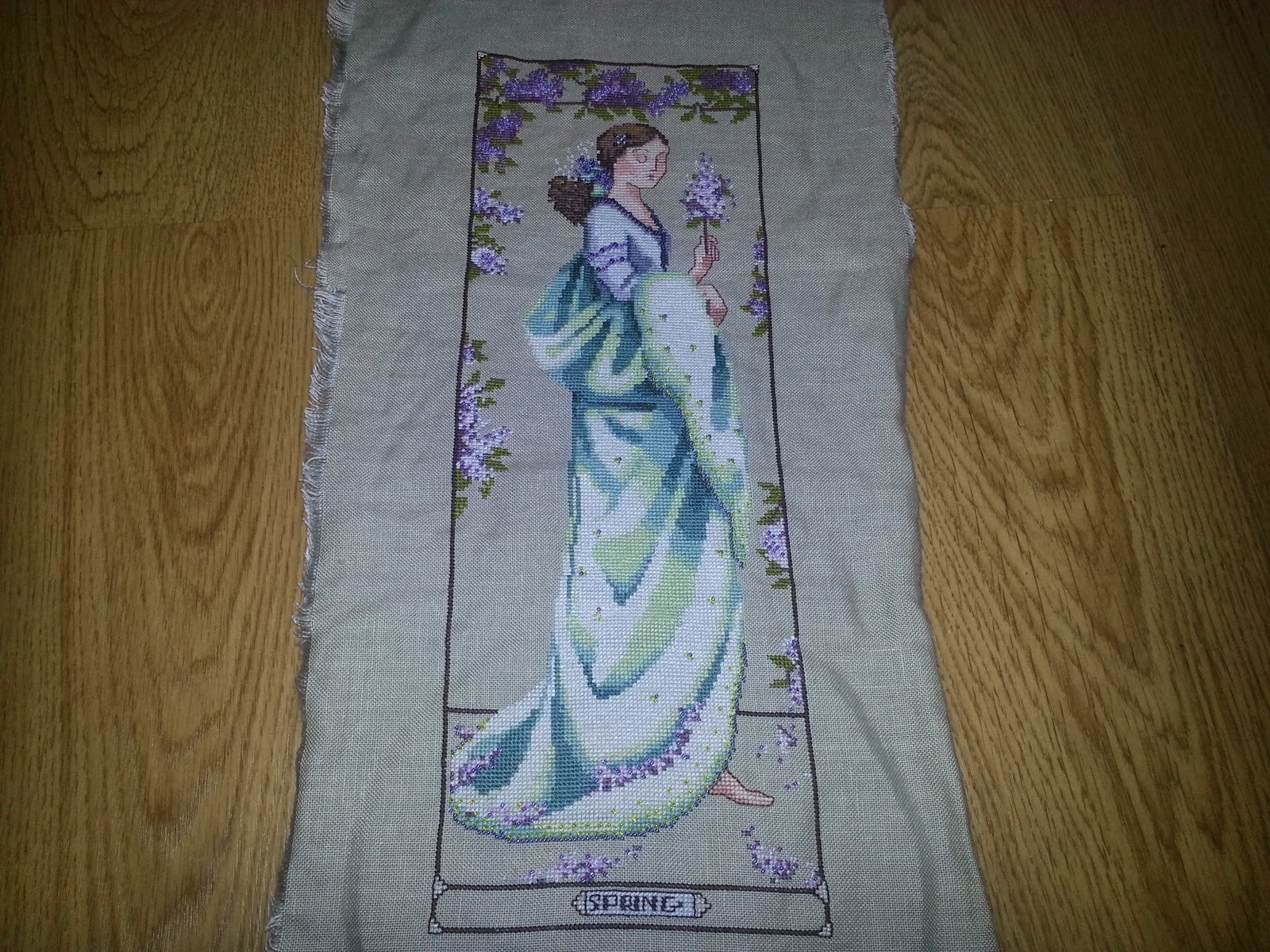 And here's my girls enjoying a bit of sun. Am planning in framing them in the coming weeks so decided they needed a little freshen up first. They certainly brightened up my washing line. 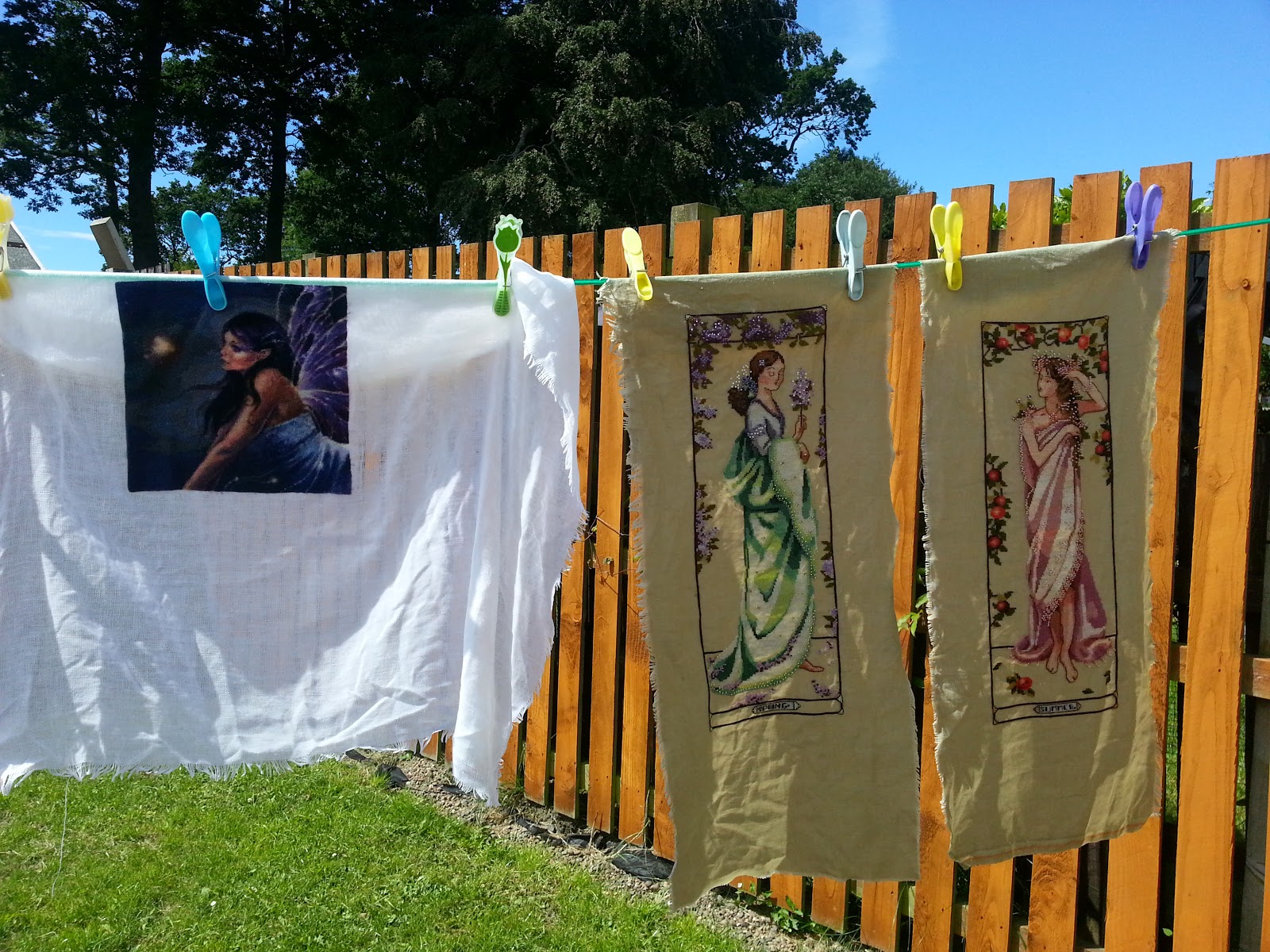 Took a trip over to my sister's yesterday and went to check out the Kelpies. Having seen them from the motorway it was good to see them up close to get a real idea of tbeir scale.  I will admit to generally being a bit of a philistine with art but when it comes to pieces like these which break up the mundane landscape I am a total fan. 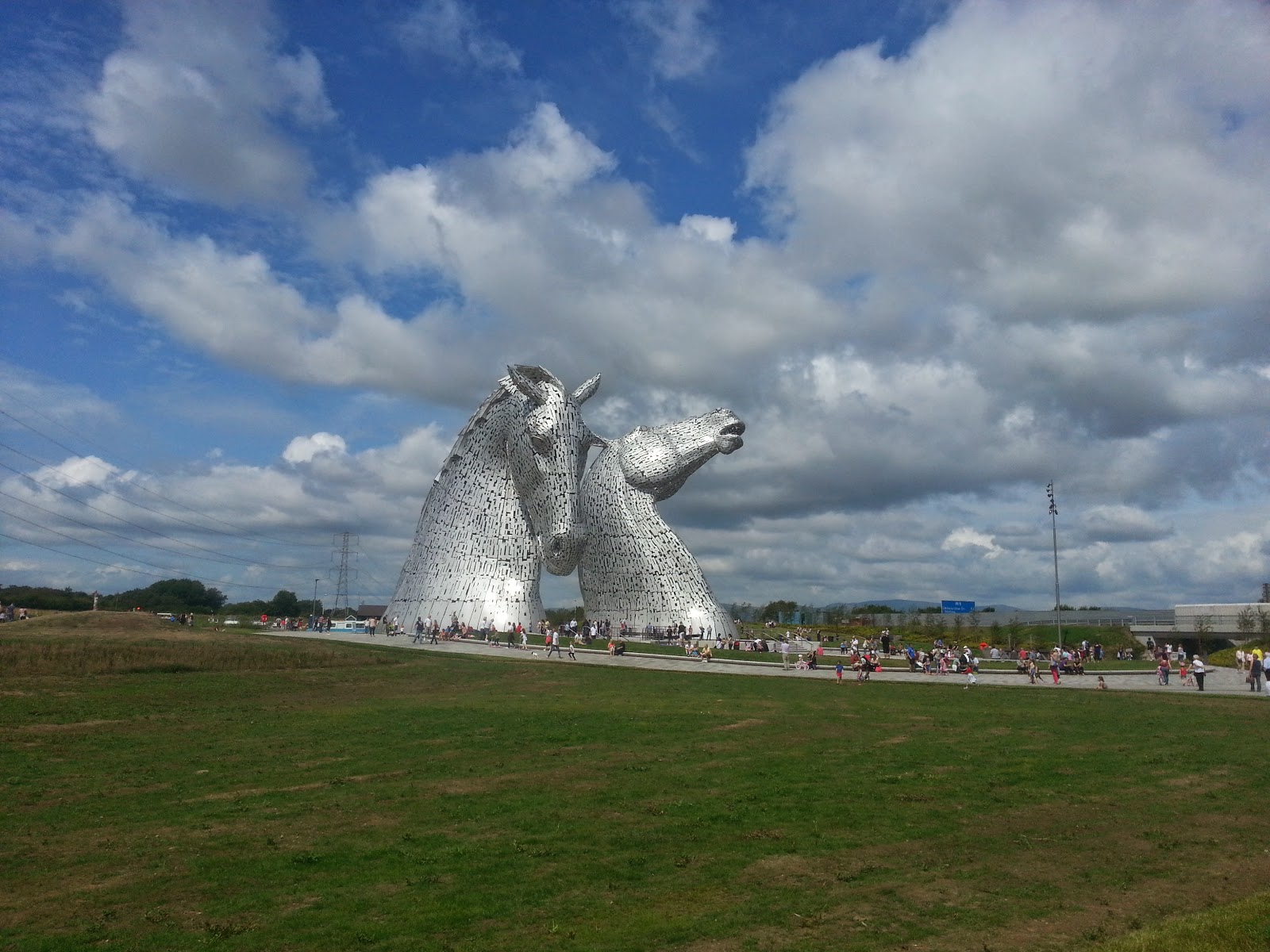 Maureen
Ayr, Scotland, United Kingdom
I'm 43, Scottish, married, working mum of 2...love to cross stitch for a few snatched minutes when i can, watch trashy and not so trashy tv, read books and am a total competition addict...